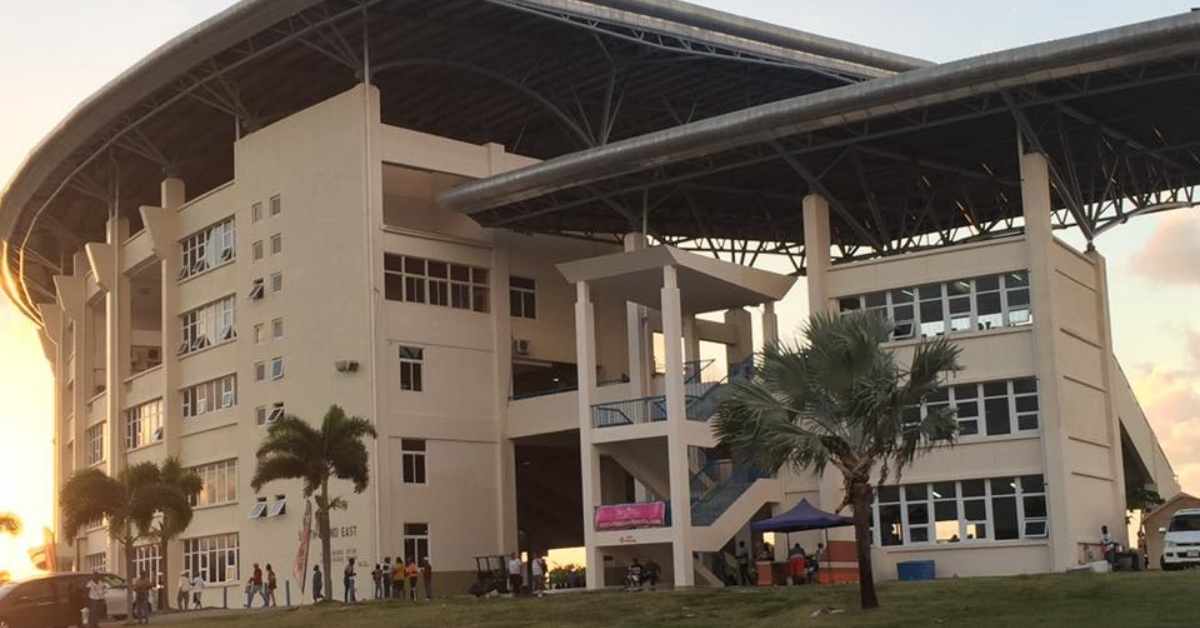 Watching the English Cricket team play against the West Indies Cricket team is an adventure that I have always wanted to experience. A huge thank you has to go out to my laptop cricket lifestyle and my digital business for making another dream come true.

What is the West Indies? > Courtesy of Wikipedia… The West Indies, or Caribbean Basin, is a region of the North Atlantic Ocean in the Caribbean, that includes the island countries and surrounding waters of three major archipelagoes: the Greater Antilles, the Lesser Antilles and the Lucayan Archipelago.

It could also be described as the stuff of legends, pirates, sun, sugar cane, rum and of course cricket.

English Cricket – The Journey Over to the West Indies

The first stop on this English Cricket tour was to arrive at the Grantley Arms International Airport on the island of Barbados and get a connecting flight to the island of Antigua and Barbuda to head out to the Sir Vivian Richards cricket ground, which was built in 2007 for the ICC World Cup.

I travelled with a friend of mine, Steve Jones, to enjoy the cricket and enjoy the sunny Caribbean.

Away we fly saying goodbye to springtime in England as we go off and chase the sun.

After a long flight from Gatwick, London, we eventually arrived in Barbados to get our connecting flight to Antigua.

No pirates, lol, but I did hope that English Cricket has arrived to plunder the West Indies. So, welcome to Antigua for the 1st one-day international cricket match in the series. 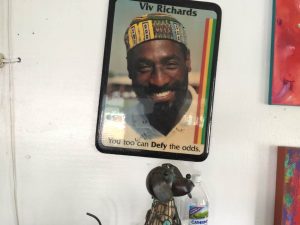 Who can forget Vivian Richards a legend of West Indies international cricket (thank heavens he has retired) and a bane of the life of many an English cricket player and fan?

His tall and nonchalant figure is out in the middle with the signature gum chewing and red cap. His booming sixes to the cheers of the West Indians and the groans of the opposition bowlers and fans alike. Surely, one of the greatest cricket batsmen to ever play world cricket.

Enough nostalgia off to the game!

Here Is What We Didn’t See!

English Cricket – The Game Itself

Here Is What We Did See!

After a solid breakfast, all excited I stormed out the door in my England cricket shirt. A sunny enjoyable day at the cricket awaits! To be met at the door with a stiff breeze and RAIN!, bugger. Welcome to sunny Antigua Mark. Nevertheless, off to the cricket, this fickle weather will change. We have an English cricket ODI to attend and there is no stopping us. Although, I hope this breeze is not blowing an ill wind for English cricket today.

What friendly people we have met in Antigua. I thought I was a die-hard fan, these guys are passionate lads. They know their cricket. Like a moth to the flame, we all converge on the Sir Vivian Richards cricket ground. The Barmy Army lads, English cricket fans and the friendly though exuberant West Indian supporters. Smiles and banter waiting for the breeze to blow the rain away.

Getting into the stadium ticket in hand is an easy job. Friendly security as well. I think they secretly all want the job to sneak a peek at the cricket. The covers are still down but it appears the rain has left the building. The groundsmen are scurrying around, some chaps have the covers lifted and it looks like they are trying to fly a kite. Awesome Antigua your breeze does just the job, the game gets going, thank you.

Here we go captains in the middle and the toss. West Indies win the toss and choose to bowl. So batten down the hatches here we go!

Jason Roy and Sam Billings are the opening pair. They stride out to the centre to a roar from the fans. The West Indies are on the pitch to loud acclaim and a band playing. The wicket is a bit sticky. What a slow start, its not test match cricket lads you only have 50 overs.

We are 16 for no loss after 5 overs, the fifth over being a maiden. Don’t you just love cricket? The only time you can bowl a maiden over and not be charged.

Disaster Roy has gone lbw for 13 although Billings is getting the hang of the pitch. Come on Joe Root you can do this. Boom Root gone for four to Gabriel clean bowled the man is on fire. Shades of English Cricket in South Africa is starting to loom large.

Captain Morgan steps up to the crease. Billings and Morgan steady the ship and off we go. Some notable performances by the English batsmen, Billings (52), Morgan (107), Stokes (55) and Ali (31) not out and a healthy 20 extras. This left us with a respectable 296 for 6 considering the slow start.

The note needs to be made that this Century by Eoin Morgan was his fifth as captain and it is the new record beating the 4 matches 100’s of Cook and Strauss as captains. Well done lad.

We met someone named Pete who is a widower and after his retirement lives his dream of following the English cricket team around the world. I am so grateful for my Laptop Cricket Lifestyle because I don’t have to wait for my retirement to be able to follow my dream.

You will be able to listen to Pete’s commentary on the game at around 1.30 minutes into the video above where I am holding a champagne glass.

The break, and off to find lunch and refreshment. I’m a chicken when it comes to the famous jerk chicken. Mention chilli and I break out into a sweat. So none of that famous delicacy for me. We had nice beans and rice for lunch sitting on communal benches under the Antiguan sun. Some cool refreshment to wash down the lunch and back to the cricket for this English cricket fan, Mark Ford

West Indies need 297 to win. It is not a walk in the park in England. We need to be sharp and get the bowling and fielding spot on lads. Brathwaite and Lewis stride out too much jubilation to launch the West Indian opening attack. Finn and Woakes open the bowling.

A brisk start by the West Indians in comparison to the English cricket first innings. At the end of 9 overs, the West Indies are 36 for no loss and starting to look comfortable. Then boom Lewis caught off Woakes in the tenth over and Brathwaite caught off Plunket in the eleventh. This fan has perked up.

Powell took cheaply for 1 run caught off Plunket’s bowling. Hope (31), Mohammed (72), Carter (52) steadied the ship but after they were gone the balance of the batsmen went relatively cheaply.

Nurse (21) in the tail providing some resistance. The nurse went out LBW to Chris Woakes of English cricket fame. Woakes and Plunkett with 4 wickets each caused the major damage. The result was the West Indies all out for 251 off 47 overs and 2 balls. We won the match by 45 runs. A great start 1 – 0 up in the series.

To cap the day out at the cricket. I met Robert Key. The most awesome part posing for a selfie with me. You can’t beat that. Back again on the fifth of March for ODI 2.

Be warned lads the English cricket machine is warmed up and ready to go!