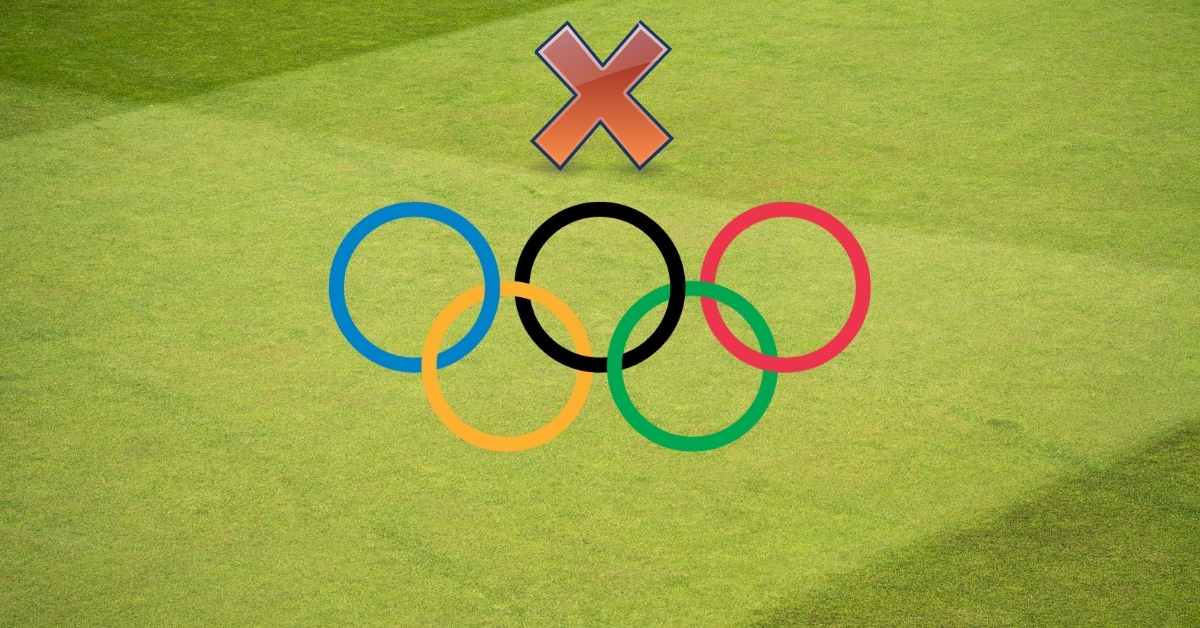 Why is cricket not part of the Olympics?

Cricket is one of the most famous team sports to play in the world. It is a bat and ball game where two teams containing eleven players each try to score more runs.

The team scoring and successfully defending its total scores wins the match despite being one of the most-watched sports in the world, why cricket is not in the Olympics? So there are some reasons why it is not included in the Olympics.

The Olympics is considered the most popular and most significant sports tournament globally. It is held after every four years. It is one of the prestigious tournaments, where the competition is challenging for the players.

Almost every country in the world takes part in this tournament. There are thousands of games included in the Olympics, such as athletics, football, swimming, table tennis, and many more.

So clearly, taking part in the Olympics is an honour and a matter of pride for all the players who represent their following country.

Lack Of Interest Of Cricket Boards 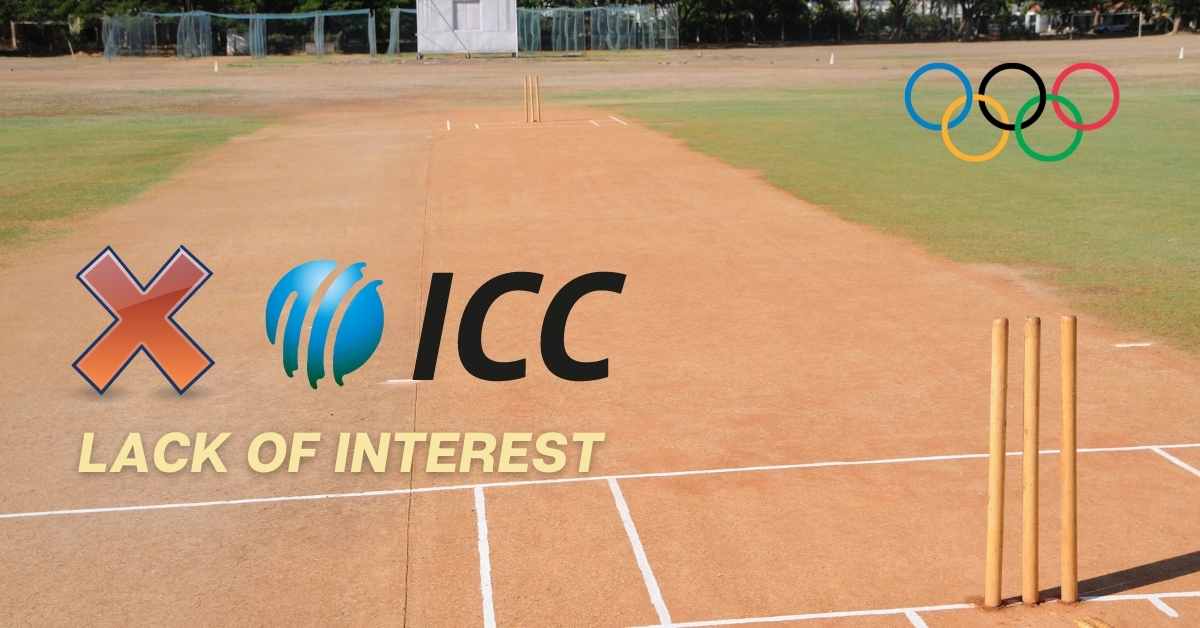 The ICC or international cricket council is the leading authority that regulates all cricket happenings in the world.

But, unfortunately, the cricket board has not been interested in taking cricket to the Olympics over the years. To introduce any new sports to the Olympics, you must first become part of the International Olympic Committee or IOC.

But the ICC is not a member of this Olympic committee and has not yet applied to become one.

The reason behind this could be the money-making business, as cricket is quite a money-making sport in the world. The private leagues happening in world cricket provide many profits and exposure to the international cricket boards.

So they think that there is no profit in taking cricket into the Olympics both for them and the Olympic committee.

Cricket is played in three formats: test matches, one-day internationals or the ODIs, and the last T-20s. All these formats take too much time in finishing a single game. The test match is played for five days straight.

There are two innings of batting where the team fights to score more runs in five days. The one-day internationals take seven to eight hours to complete single matches. So all the formats of cricket are played for a very long duration.

But in Olympics, as all countries participate in the sports, there is not so much time to organize matches of long duration. The number of matches in the Olympics is also quite high as the number of participants is also high.

So this could be one of the reasons for excluding cricket from the Olympics. All the other sports in the Olympics are of shorter duration and do not eat up this much time.

Thus due to the lack of time in the Olympics, it is not quite yet possible to organize cricket matches for this long duration of time.

Cricket Is Only Limited To Some Parts Of World 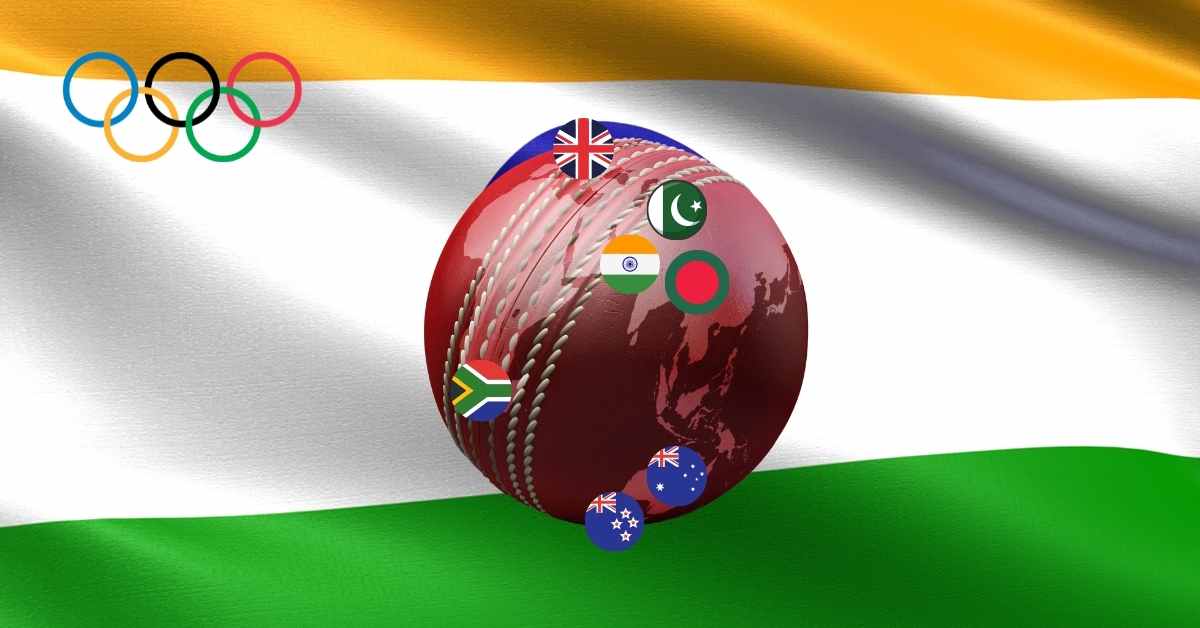 Yes, cricket is one of the most-watched sports on TV and has a large fan base. But still, it is not quite popular in the whole world. It is limited to some parts of Asia, Australia, and England.

India is second in population, and also a large number of Indians love to play and watch cricket. The number of fans in India makes it one of the most famous sports in the world.

This is the same with other countries like England and Australia. But cricket is not very famous or played in the USA and European countries. This makes it a very limited sport in terms of countries playing this sport.

Thus, any non-playing country host does not want to organize the cricket in Olympics. There has to be a certain number of countries playing a sport to include in the Olympics. Cricket is not yet eligible for Olympics.

Although cricket was played included in the Summer Olympics of 1900, very few countries took part. Since then cricket has never returned to the Olympics and has been excluded over the years.

So it is in the hands of cricket boards to apply to the Olympic committee to make cricket a competing sport in the Olympics. This will give a chance for cricket to grow in all the other regions of the world where people do not play cricket. This will also give more fame to cricket.